My husband works for the state of Pennsylvania’s Department of Conservation and Natural Resources (DCNR) as a State Park Manager. We rent a house provided for us in the park he oversees.

Until the day he retires, we are renters. This is a new thing for us.. especially since we designed and built our last house from the ground up.

When a management position comes open, they have a park tour for all interested candidates. Our first introduction to this house was during the park tour, in October 2016. My husband was pretty confident that he would be getting hired for this position, so I came along on the tour. I tried to take pictures of all the rooms in the house so we could plan ahead. All of the “Before” pictures I’m going to be sharing are from that tour. They were taken with my phone, so the quality isn’t perfect.

The house was built as a game warden residence sometime around the 1930’s-1940’s. As soon as my husband became acting manager in December of 2016, we began remodeling the house. All design choices were ours. We are allowed to paint and make it our own as much as we want. We can even change walls with approval. With a limited budget, we’re doing it in phases, but it’s been fun to see it transform from a former bachelor pad to our family’s home!

I’m going to share all of the BEFORE pictures of this house. Keep in mind, this is not the current state.

We have lived here for almost a year now, and many of these rooms are still a work-in-progress. I will be sharing the updates with you a little at a time.. but I am so excited to show you how far it’s come! 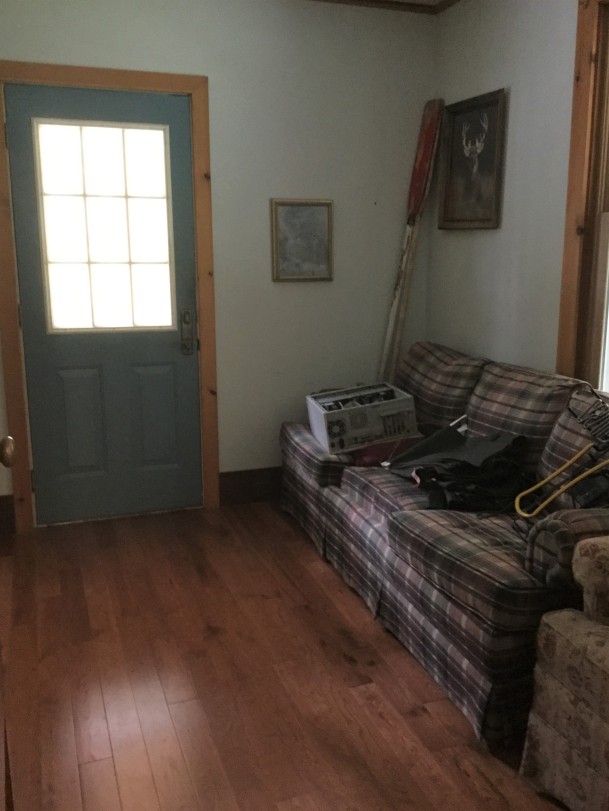 We enter the house from the side door, so this is the entry and first impression that visitor’s have of the house. This room is my office.

This room was so dark, it was hard to take pictures of. Walking into the house, it felt like it should be the living room. The problem is all of the doors and obstacles in the room. It never would have worked as a living room, and it’s right off the kitchen, so it’s really the ONLY option for a dining room. 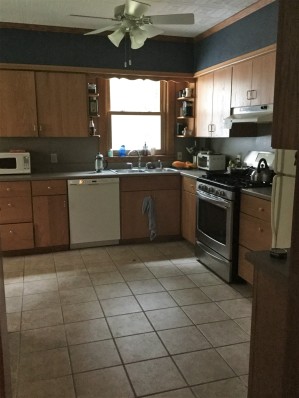 We’ve done several small updates to the kitchen, but I really wish we had more space to work with.

THE MUDROOM AND 1/2 BATH 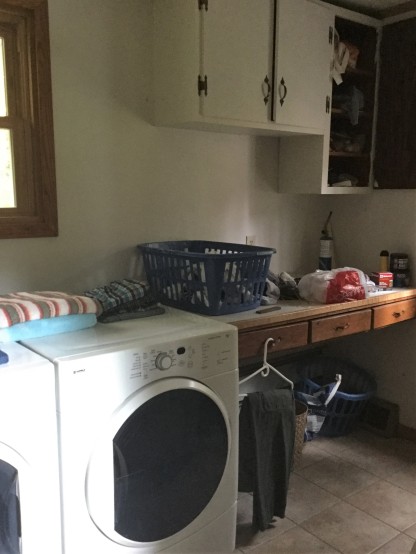 This house was previously occupied by a bachelor for about 9 years. Since he was single, he didn’t make many changes to the house. I don’t feel like the BEFORE pictures are completely fair to him, because he was in the beginning process of moving when we toured the house. 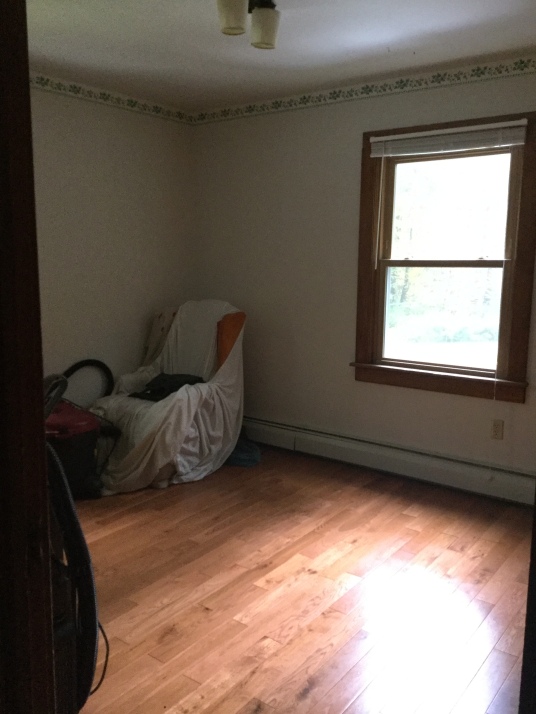 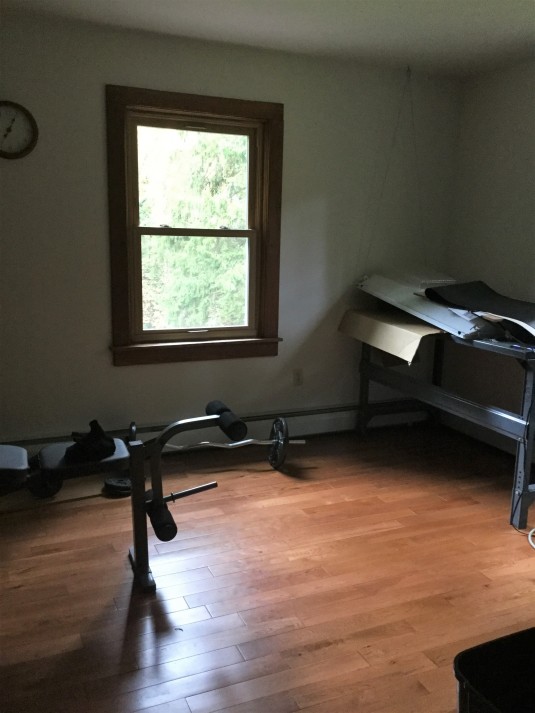 Coming from a 4-bedroom house, our boys are now sharing a room. This is especially interesting, because there is an almost 11-year age difference between them. They’re doing alright with it, and they don’t spend a lot of time in their room.  They don’t keep toys or books in the room so it stays pretty tidy. They use the attic playroom for most of their free time. 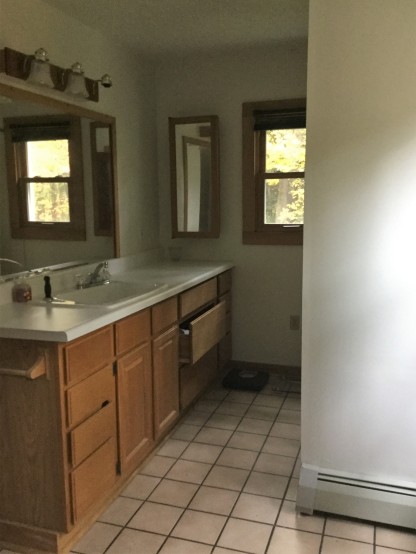 The layout of this bathroom is so awkward. It wasn’t designed with any thought to how someone would use it, except they gave the toilet it’s own room. There is no fan in the main part of the bathroom, so you have to crack a window or let the door to the toilet open so it can vent a little bit. You probably know how important ventilation is. As you can imagine, the ceiling above the shower has seen better days. 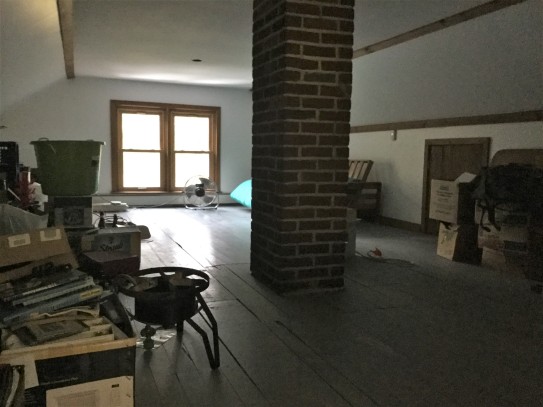 I was probably most excited about having this bonus space for the kids. Since the boys are now sharing a room, I felt like it was important to give them this area to be able to find some privacy and a space that they can do with pretty much as they please.

So, there you have it. That’s what our house looked like when we took over occupancy. What do you think?

Do you see the potential?

I can’t wait to share the progress we’ve made!

I am a Mom and self-employed Interior Designer. Our family lives in a small town in north-central Pennsylvania where everybody knows everybody. I blog for fun to keep my friends and clients informed of what's going on in the design and decorating world, to share my designs, and to show what we're working on in our own home. View All Posts