Skip to content
Logan got his party as promised for his 10th birthday.
He chose “Lego Star Wars” to be his theme.
I’m thankful he picked an easy one!  It was a blast to plan.
My Mom so graciously offered the use of their house for his party.  He didn’t want to have it at our house or anywhere else I suggested.. He’s starting to be a little more opinionated on certain issues.
I should probably be thankful that he’s becoming more assertive!
~   ~   ~
He came home early from bowling on Saturday to “help” me out with party prep.  He’s a little sweetheart.  I found the cutest Lego candies on Amazon to top the cupcakes with.

Logan wanted all of the kids to dress up as their favorite Star Wars characters.
He wore his Anakin costume from last year’s Halloween.
It’s actually a great costume. 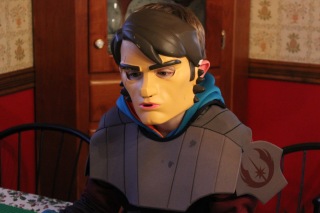 I thought it was pretty cool that a costume (with a mask, no less) still showed his different expressions. 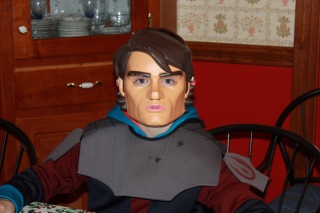 See what I mean?
Anyhow.  I think it was exactly what he had imagined for his party.
They rode the zipline, played Legos, ate dinner & dessert, and he got lots of presents.
Who could ask for more? 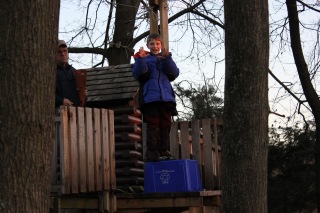 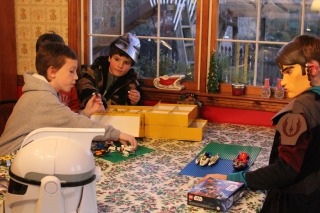 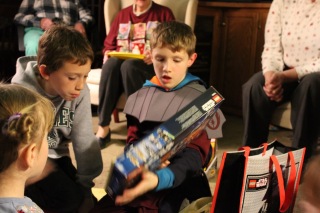 I also bought Star Wars trooper masks from Amazon, and the kids each got to take one home.
Star Wars candy canes were another fun personal touch to finish off the goody bags.

These themed birthday parties can be a blast, but also a lot of work!

I am a Mom and self-employed Interior Designer. I own a small design studio & home decor shop in downtown Emporium, PA. It’s a small town in the PA Wilds of north-central Pennsylvania. We have some of the most beautiful scenery, and Fall (my favorite season) is breathtaking. I blog for fun to keep my friends and clients informed of what's going on in the design and decorating world, to share my designs, and to show what we're working on in our own home. View more posts